Over the past number of years discussion surrounding Candida auris has continued to increase. This pathogen is regularly discussed by the media and governmental bodies. It is of high concern to healthcare facilities. But what is Candida auris and why is it gaining so much attention?

Candida auris is a fungal pathogen, to be more specific, it is a type of yeast. This pathogen was first reported in Japan in 2009 and has since been linked with healthcare associated infections (HAIs) on five continents (1). C. auris control is challenging due to the difficulty in identifying this pathogen in the clinical laboratory. Moreover, C. auris often exhibits high levels of multidrug resistance, leading to high rates of treatment failure with invasive infections (2). The United States Centers for Disease Control and Prevention (CDC) map new case reports worldwide (https://www.cdc.gov/fungal/candida-auris/tracking-c-auris.html). As of January 31st, 2019, a total of 560 confirmed clinical cases have been identified in the U.S.

The most commonly observed invasive infection associated with C. auris has been blood stream infections, with mortality in the range of 30 to 60%. Patients involved generally have high healthcare exposure, however, infection may not be apparent until weeks after initial admission (2). The best treatment practice for C. auris infection has not been defined. 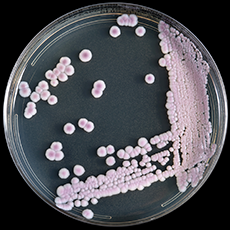 There is still a lot to learn regarding this pathogen, such as its origin in the natural environment, the reason for its sudden emergence and high antifungal resistance.  Healthcare workers should remain ever vigilant for C. auris where Candida spp. infection is suspected due to its impact on patient mortality. Undoubtedly control of these outbreaks will prove a challenge until more information about this unusual pathogen become available. Providing care in accordance with best practice outlined by the CDC will be key until more defined control mechanisms become apparent.